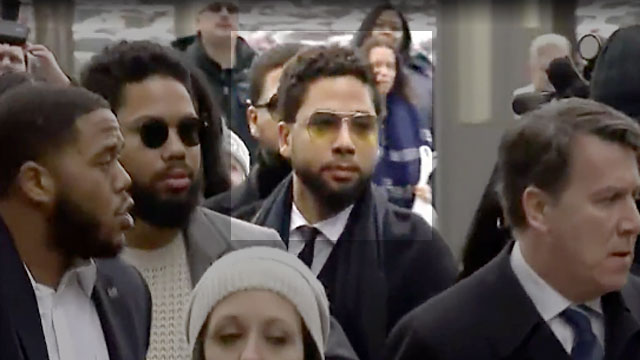 Former Empire star Jussie Smollett pleaded not guilty Monday to a fresh round of charges accusing the actor of staging a homophobic and racist attack last year.

A new indictment filed earlier this month charged Smollett with six counts of disorderly conduct, accusing him of filing false police reports that he was attacked on the way home from Subway in the middle of the night in Streeterville in January 2019.

Cook County prosecutors dropped the original case against Smollett, dismissing 16 counts of disorderly conduct against him last March, without requiring he admit any wrongdoing, in a controversial move just weeks after he’d pleaded not guilty.

A special prosecutor later was assigned to look into the entire case, after a judge found “unprecedented irregularities” in how Cook County State’s Attorney Kim Foxx handled the case, specifically by handing it over to her second-in-command after announcing she had recused herself.