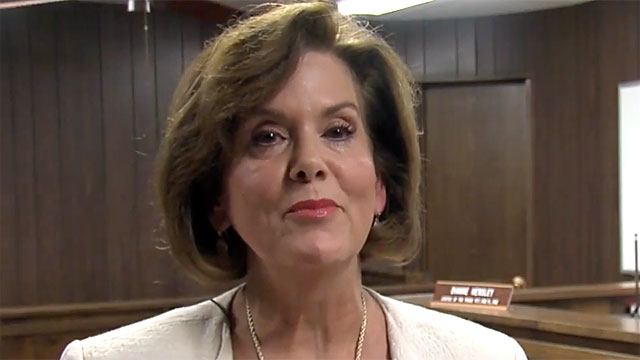 A judge in Texas is suing the state agency that oversees judicial misconduct after she was reprimanded for refusing to marry same-sex couples.

Justice of the Peace Dianne Hensley, of McLennan County, has filed a lawsuit against the State Commission on Judicial Conduct saying the disciplinary action constituted a violation of her rights under the state’s Religious Freedom Restoration Act.

On Monday, December 2, the Commission issued a warning to Hensley saying her refusal to perform same-sex marriages cast “doubt on her capacity to act impartially to persons appearing before her as a judge due to the person’s sexual orientation.”

According to the Houston Chronicle, such warnings are the second-highest order of discipline the committee can take against a judge. Continuing to turn away same-sex couples could result in impeachment by the Commission, removing her from her judicial post.

In 2017, Hensley told the Waco Tribune-Herald that her “Bible-believing” Christian conscience keeps her from performing same-sex weddings and she feels she’s entitled to a “religious exemption.”

The Tribune-Herald reports Hensley is seeking $10,000 in damages as well as a declaratory judgment that the commission violated her religious rights. Additionally, she asks for class-action relief to allow any justice of the peace to turn away same-sex couples who want to get married.

After the historic June 2015 ruling by the U.S. Supreme Court which made marriage equality the law of the land, some judges and justices of the peace who did not approve of same-sex marriages stopped performing wedding ceremonies altogether to avoid discriminating against LGBTQs.

The court filing notes that Hensley has officiated 328 wedding ceremonies since August 2016, all of them were for heterosexual couples.

In the clip below, Hensley tells the local news station KXXV, “I have no desire to offend anybody, but the last person I want to offend is God.”

A local LGBTQ activist, Carmen Saenz, told the news station Hensley is “free to believe however she wants.” Saenz added, “But you can’t discriminate against people as an elected official.”

Hensley issued a statement to KXXV saying, “I sought a solution so that anyone in McLennan County who wants to get married can do so. I have, do, and always will follow the law.”