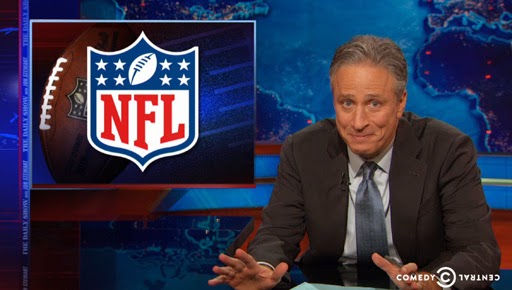 Jon Stewart of The Daily Show reminds us of those golden days when the NFL’s most worrisome headache was the claim that out NFL-er Michael Sam gave franchise owner heartburn because they worried about his homosexuality “becoming a distraction.”

Well, can’t you imagine what the NFL would give for the hunky Mr. Sam to do something – ANYTHING – to cause a distraction from the current scandals rocking the football world?

Between the Baltimore Ravens Ray Rice getting national attention for punching out his then-fiance back in February, and now the Minnesota Vikings’ Adrian Peterson whipping his four year old child until his son bled, a gay football player looks pretty tame now, doesn’t it?

Stewart puts it all into perspective, as only he can, below: