Randy Report favorite John Duff just released his new soulful dance remix, “Is It A Sin,” from his 2021 EP Homo•Sapien.

The evocative music video, shot in black & white, features the buff Duff dancing in the pews of a church, lifting his arms to the heavens as he sings, “If all’s forgiven, then why am I imprisoned?”

Legendary remixer/producer Eric Kupper, who put his own distinctive spin on the track, wrote on Facebook, “A perfectly crafted anthemic soulful pop song that is beautifully sung, and a remix that brings out the heartfelt soulfulness of John’s vocal.”

Related: John Duff Skewers The City Of Angels In ‘I Hate L.A.’ 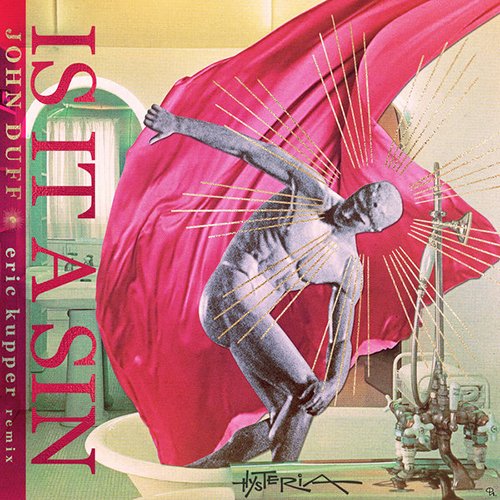 I was raised, more or less, atheistic. There wasn’t much acknowledgement of God or spirituality in my house. Certainly no relationship to either. I guess I kind of skipped all the havoc that indoctrination wreaks on young people, but I still dealt with the shame.

Struggles with immense guilt… about everything: earthly pleasures, growing up, being human, being gay (or whatever is going on here). I reached some REALLY low points in my late 20’s. I was ready to go, but I had questions.

I wrote “Is It a Sin” as an acknowledgement of my faith in Jesus, but also as a (rhetorical) question to the church that claims to worship his inherent propensity for understanding, forgiveness, and love.

Thank you, Jesus – for saving me.
But, Miss Church girl, I have to ask;
“If all’s forgiven, then why am I imprisoned?”