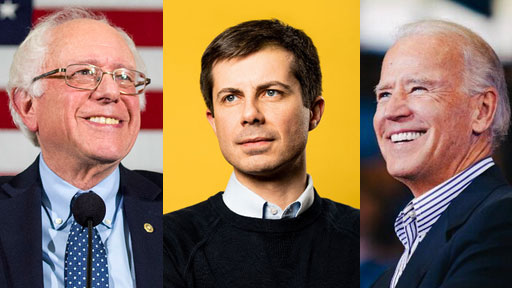 The latest poll from Monmouth University shows Joe Biden currently has the support of 27% of Democrats and Democratic-leaning voters, which is similar to his 28% support in March and 29% in January.

Sen. Bernie Sanders garnered 20%, slightly down from 25% in March, and South Bend, Indiana Mayor Pete Buttigieg currently has 8% support. Just to show how much he has surged in recent weeks, the 37-year-old mayor registered less than 1% in prior Monmouth polls.

“You cannot deny that Buttigieg is experiencing a real moment right now, but it’s important to remember there is a lot of fluidity in this field,” said Patrick Murray, director of the independent Monmouth University Polling Institute.

“Voters are not only moving from candidate to candidate but also from candidate to undecided,” he added. “Right now, the top tier is determined largely by who has a high national profile. This may not gel with how the contest will play out in the early states.”

From the chart below, it looks like Biden is holding onto his position, but clearly Buttigieg is pulling from Sanders, Harris and Warren. 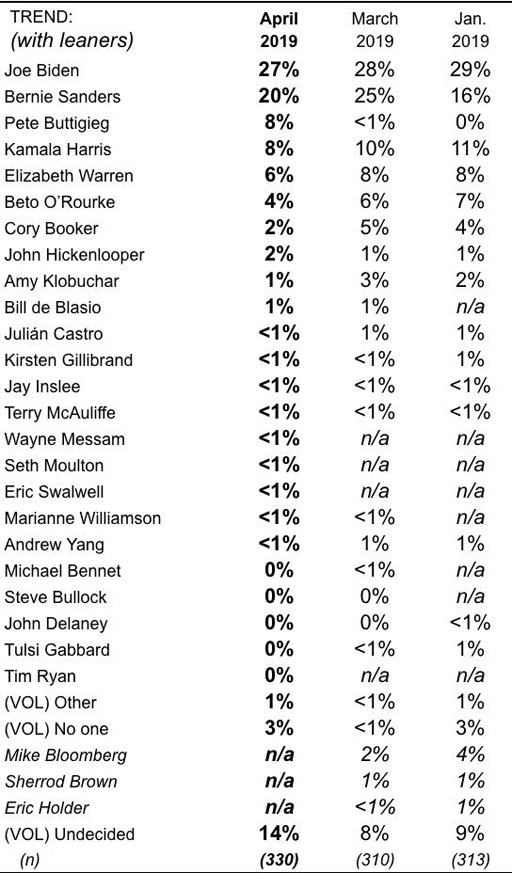 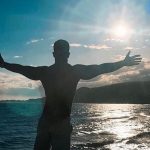 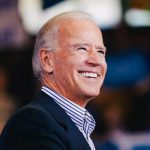 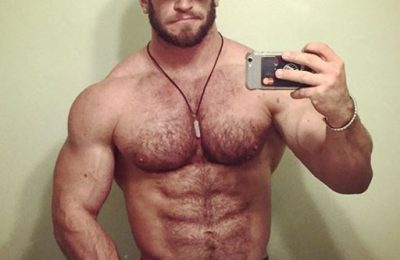 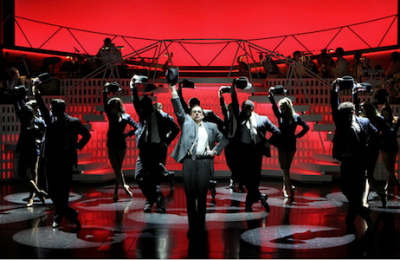 Anatomy of a Showstopper 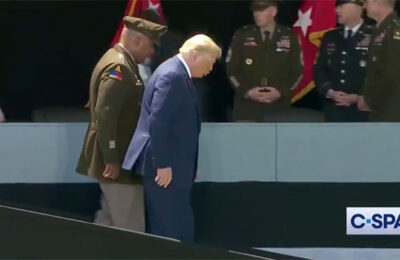