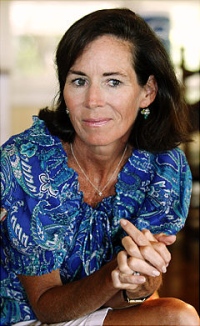 Here’s just one of many painful passages that reveal a bit about Sanford (who is currently running for Congress again in SC):

“A short while before the wedding, when Mark and I were picking readings and vows, Mark told me that he didn’t want to use a wedding vow that included the promise to be faithful. He was worried in some odd nagging way, he said, that he might not be able to remain true to that vow. In retrospect, I suppose I might have seen this as a sign that Mark wasn’t fully committed to me, and with the benefit of the knowledge I have about Mark now, I could point to this moment as a clear sign of things to come.”