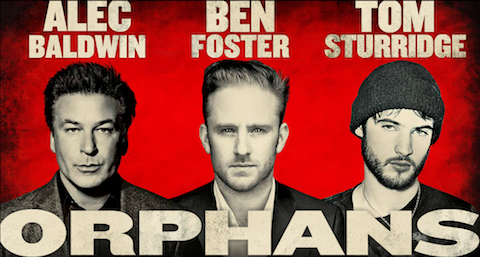 The producers of the Tony Award-nominated play ORPHANS have announced that the Broadway production will play its final performance on SUNDAY, MAY 19 after 27 previews and 37 regular performances at the Gerald Schoenfeld Theatre.

The production began performances on March 26 and opened on April 18. The Broadway production of Lyle Kessler’s ORPHANS stars Alec Baldwin, Ben Foster and Tom Sturridge and is directed by Daniel Sullivan.

To be honest, I’m very surprised with the nominations and Alec Baldwin’s star power the play can’t seem to continue. I’m a fan of all three of the play’s stars.

For info about the play or to purchase tickets before it’s gone – click here.