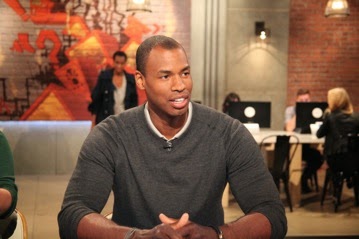 Jason Collins recently stopped by TakePart Live to chat on the media firestorm that happens when you’re the first out athlete to play in a major sports league.

“I think that personnel, coaches, owners — can look at my example, my journey in the NBA and see that after two weeks back, it was about basketball,” Collins says in reference to Dungy’s comments.

“I kinda laugh every time I hear a code word being used…. Any kind of minority group, and you hear people use different code words and you’re like, ‘I know what you’re really saying and I’m above that,'” Collins remarks.