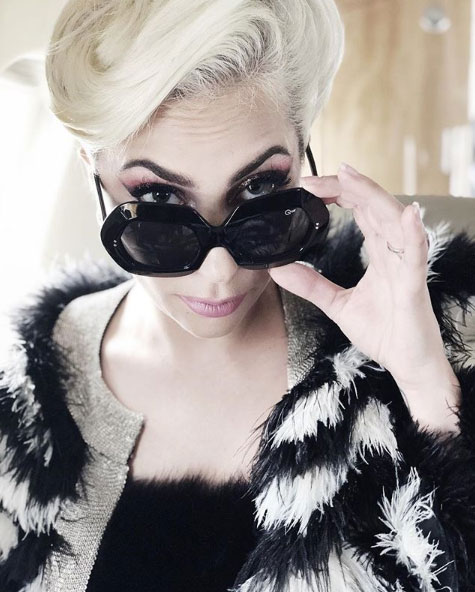 Not only does Lady Gaga have a big, hit movie with A Star Is Born as well as a newly-christened #1 album with the film’s soundtrack, she’s also shared the news that she’s engaged!

Addressing the audience at Elle’s 25th Annual Women in Hollywood Celebration in Los Angeles Monday, the “Poker Face” singer casually dropped the news by thanking “my fiancé Christian” during her speech.

InStyle reports that the couple may have been engaged back in the summer of 2017 but had not made the news public.

View this post on Instagram
“The subject’s expression, which is frequently described as enigmatic, the monumentality of the composition, the subtle modelling of forms, and the atmospheric illusionism were novel qualities that have contributed to the continuing fascination and study of the work.”
A post shared by @ christiancarino on Sep 3, 2018 at 6:28pm PDT

But back in January of 2017, the couple were seen being affectionate at a Kings of Leon concert, and were also spotted on the field of the Super Bowl that February.

Gaga was previously engaged to actor Taylor Kinney (Chicago Fire) after he popped the question on Valentine’s Day 2015, but the couple went their separate ways by July 2016 after five years together.

She may sing about a “Bad Romance,” but with Carino, Gaga appears to feel pretty safe.

“Christian is a good, grounding force and understands her career,” PEOPLE quotes a source close to the couple. “She’s in a great place now.”

“When I went backstage, Christian was by the stairs making sure I was okay,” Gaga told the New York Post’s Page Six back in September of 2017 after her concert at Citi Field. “The best part about being in love with someone is having them there to catch you if you fall.”

Other than in love, though, Gaga doesn’t appear to be “falling” anywhere.

Referencing the enormous success of A Star is Born at the Elle bash Monday, Gaga told the crowd, “Never within my wildest dreams would I think my life would become what it has.”

Mother Monster has fallen in love and it’s a “good romance!”

View this post on Instagram
“Home is not where you are from, it is where you belong. Some of us travel the whole world to find it. Others, find it in a person.” – Beau TaplinA post shared by @ christiancarino on Nov 28, 2017 at 9:00pm PST