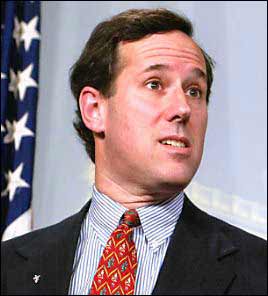 Recently, current second-tier GOP candidate Rick Santorum made statements saying families should be strengthened and that comes with marriage.

“We shouldn’t have incentives for people not to be married,” the former Pennsylvania senator continued. Santorum, who remains at the bottom of most national polls, added that he also believes couples choose to cohabitate rather than marry, because it is cheaper.

But, as MSN Money reports: “The reality is that marriage has plenty of legal and financial benefits, including tax benefits. Even before Congress changed tax rules in 2001 to deal with the so-called marriage penalty, more married couples got a tax bonus from being married than paid a tax penalty.”

The great irony of Mr. Santorum’s position is he stridently campaigns against gay and lesbian families having the same rights and protections a heterosexual family has. Thereby keeping those couples, many of whom have children, from being the “families” he says he wants to encourage.