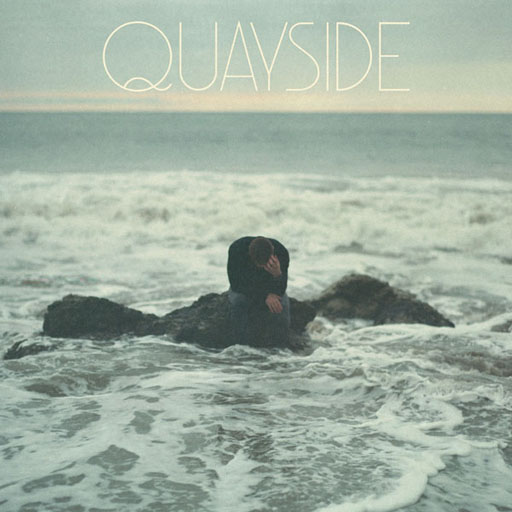 Out singer/songwriter Tom Goss drops this chill summer single, “Quayside,” from his upcoming album, Territories. The song shares the delicate story of entering into a polyamorous relationship.

I recently chatted at length with Goss about the new track and how his own perceptions of love and relationships shaped the narrative of the upcoming album.

“‘Quayside’ explores an entirely new set of boundaries that I encountered when visiting my lover at his home on a quayside in London for the first time,” explains Goss. “I was concerned about being respectful to him, and his public (or daily life with his husband) while still being respectful to my own husband, and the love we’ve fostered for so many years.”

“It’s been a tumultuous three years or so for me, in that my husband and I opened our relationship, which is very difficult for me,” shared Goss in our candid interview. “I spent a lot of time struggling with that, and a lot of time just being really introspective.”

“This has all been an evolution trying to understand my role in helping my husband find the thing he was searching for and support him in the changing man that he was becoming,” explained the singer.

“And I was a little lost in knowing where I fit in along those lines,” added Goss. “So, I think that that definitely made me very introspective and I think changed the ways in which I tell stories because it was painful for me.”

“There’s a whole world out there that’s very frightening because you we live in a society that tells us what sex is, and what relationship is, and what monogamy is and what this is,” said Goss. “And when you come out as gay, a whole bunch of that falls to the ground and you have to learn how to live with that.”

“And when you open your relationship, it does the same exact thing”, he added. “A whole bunch of those internal constructs that you believe are innate to you, you start questioning. Are these innate to me or are these something that’s learned? Is this a learned behavior?”

“And this is a learned thought,” says Goss with a sense of resolution.

To make sure everyone is on the same page here, the discussion is not about cheating on one’s spouse or partner.

Polyamory is described as the practice of intimate relationships with more than one partner, with the consent of all partners involved. It has been called ‘consensual, ethical, and responsible non-monogamy.’

That said, Goss is clear that seeking purely physical connections are not in his wheelhouse.

“I want to have really impactful emotional experiences,” shares the singer. “I think, for me, the, the idea of physicality and openheartedness is very important, and I want my intimate experiences with my husband, or with another person, to be really open and connective.”

Shifting the conversation to the music, Goss is upbeat, saying, “The whole record is really me trying to understand how I engage with the world at large in a positive, honest way.”

“I’m so proud of this record – I’ve never heard anything like it. And, I’ve never shied away from saying something ‘different’ in my career,” says the man who put the bear community front and center in his music video celebrating the furry form.

A veteran musician of seven albums, Goss has played over a thousand shows in over a hundred cities around the globe, and his music has been featured on ABC, HBO and Univision.

A college wrestler turned Catholic seminarian turned polyamorous gay songwriter, Goss is well-known in the LGBT world for his music videos for “Bears,” “Round in All The Right Places,” and his cover of the Dusty Springfield classic “Son of a Preacher Man,” which reimagines the video as a poignant ballad about two gay teens.

Racking up more than 12 million views of his music videos, Goss has been praised by press outlets such as The Washington Post, The Advocate, The Daily Beast, Huff Post, Billboard and more.

“Quayside” is now available now on all digital download sites.

For more info about Tom and his future tour dates, click over to TomGossMusic.com.

You can listen to our full chat below.