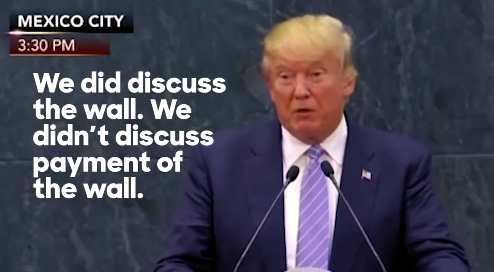 First of all, at this point we don’t even know who’s telling the truth.

Second, who was this Donald Trump who showed up in Mexico being all meek and low energy?

Does he only talk tough when he’s safely inside the US?

As a candidate, Trump has already embarrassed us on the world stage.

Imagine the damage he’d do as president. pic.twitter.com/nmOVOboTYf