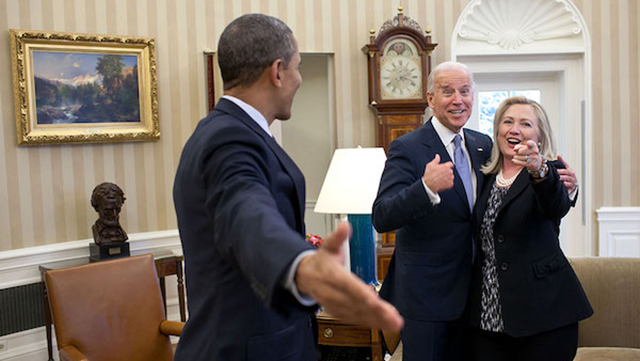 Hillary Clinton, the 2016 Democratic presidential nominee and a political veteran who knows firsthand what it is like to compete against President Trump, threw her support behind Joseph R. Biden Jr. on Tuesday, the latest party leader to make the case for returning the White House to Democratic hands in November.

“I’ve been not only a colleague of Joe Biden’s, I’ve been a friend, and I can tell you that I wish he were president right now but I can’t wait until he is — if all of us do our part to support the kind of person that we want back in the White House,” Mrs. Clinton said on Tuesday afternoon during a virtual town hall-style event with Mr. Biden about the impact of the coronavirus on women.

Accepting her support, Mr. Biden said: “I really appreciate your friendship. What a, just a wonderful personal endorsement.”

Hillary Clinton tells Joe Biden during virtual town hall: “I am thrilled to be part of your campaign — to not only endorse you, but to help highlight a lot of the issues that are at stake in this presidential election” https://t.co/Nj065CIsxp pic.twitter.com/c7C3OEbIvr

Hillary Clinton: “Just think of what a difference it would make right now if we had a president who not only listened to the science, put facts over fiction, but brought us together…Think of what it would mean if we had a real president, not just someone who plays one on TV.” pic.twitter.com/rMRgGsGAyY