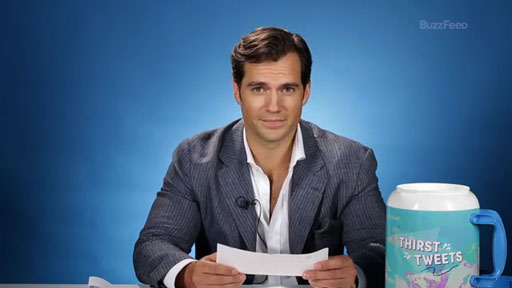 Superman star Henry Cavill gave Buzzfeed some time to read ‘thirsty’ tweets about him, including one cheeky tweet about his ‘super’ manhood.

The hunky actor read a tweet that says: ‘Henry Cavill definitely exudes big dick energy and to make it even better I’m 99% sure he’s actually big, I’m weak just thinking about it.’

He then smiles and says: ‘And furthermore, no comment.’

The Man from U.N.C.L.E. star also gets asked is also asked: ‘Do you get called daddy a lot?’

Watch the cute video below.