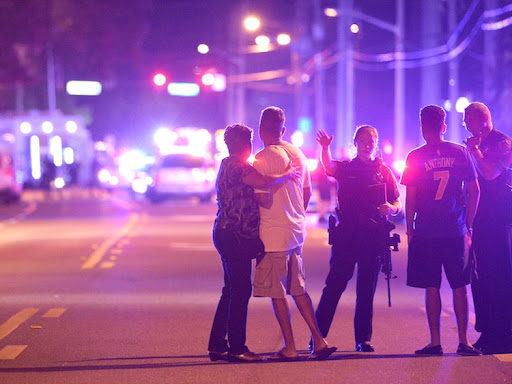 Just weeks after a lone gunman entered a Pittsburgh synagogue killing 11 people and wounding 6 more, the Federal Bureau of Investigations has released its annual report on hate crimes in America.

And the news isn’t good.

A hate crime is defined by the FBI as a “criminal offense against a person or property motivated in whole or in part by an offender’s bias against a race, religion, disability, sexual orientation, ethnicity, gender, or gender identity.”

The FBI says hate crime incidents surged in 2017 by 17 percent. That is the largest increase since 2001 when the 9/11 attacks gave way to a big jump in violence aimed at Arab Americans and Muslim Americans.

The year was the third consecutive annual increase.

Now, let me think, what happened about three years ago that would fuel ethnic/religious rage?

It was in 2015 that Donald Trump announced his presidential campaign with a speech trashing Mexican immigrants.

He has publicly sided with white nationalists and neo-nazis who rallied in Virginia; railed about African American football players for kneeling during the national anthem; and demonized the Central American migrant caravan of asylum seekers as an “invasion.”

Gee, what could possibly be fanning the flames of hate…?

While 1,303 of the reported incidents in 2017 were driven by bias regarding sexual orientation, the vast majority – 4,832 incidents – involved animus due to race or ethnicity.

Almost half of those reports involved African Americans, and anti-Latino bias was found in 11% of hate crimes in 2017.

Religious bias was responsible for the second largest segment of hate crimes with 1,679 reports of religion-motivated incidents.

The annual report shows there were 131 hate crimes related to gender identity, barely edging out incidents regarding bias based on disability.

The category with the fewest occurrences were hate crimes motivated by gender (53).