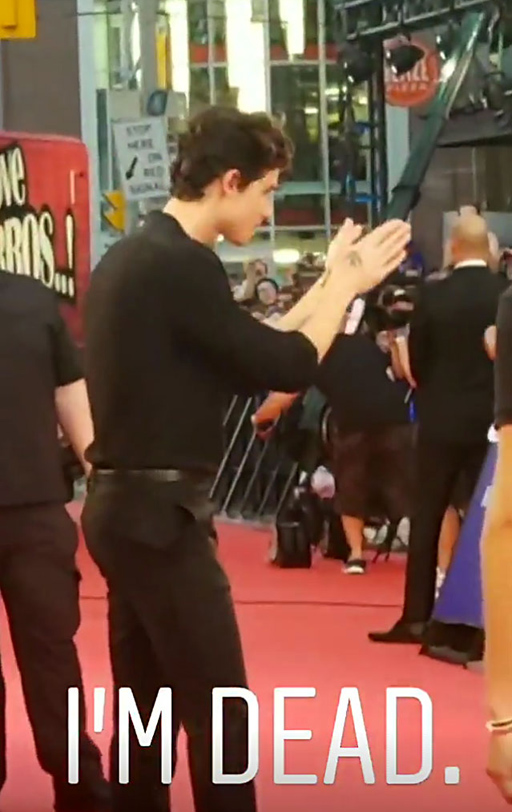 The event, which celebrates the year’s best in music videos, brought the hunky Olympic silver medalist face to face with his celeb crush, Mendes, on the red carpet.

Before the fun, though, Kenworthy shared a totally swoon-worthy pre-game pic in a white fluffy robe complete with chest fur: 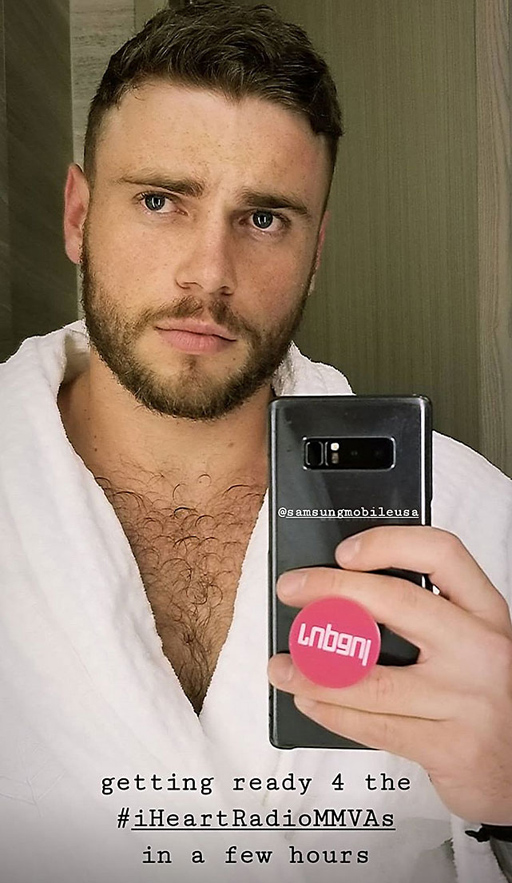 While traveling to the awards, Gus shared the amped-up anticipation of seeing his fave pop star at the event: 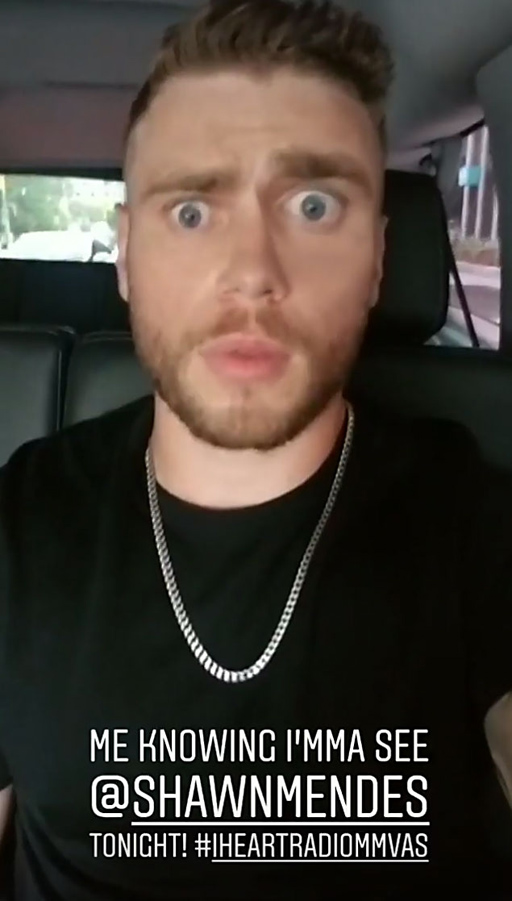 A short time later – there he was, Shawn Mendes, on the red carpet. Kenworthy couldn’t help himself as he took a profile creeper shot of the singer, who was nominated for 8 awards at the event, by the way. #NotTooShabby

It wasn’t long before Kenworthy shared a selfie that broke gay Instagram as he posed with Mendes and what appeared to be a photobombing Colton Haynes.

On Instagram, Kenworthy shared the same pic but with a different message, shooing Haynes away from the scene, writing, “COLTON GET OUT OF OUR ENGAGEMENT PHOTO!!!”

COLTON GET OUT OF OUR ENGAGEMENT PHOTO!!! #iHeartRadioMMVAs
A post shared by gus kenworthy (@guskenworthy) on Aug 26, 2018 at 4:58pm PDT

Now, in case you’re wondering where Kenworthy’s hunky boyfriend Matt Wilkas was in all this tongue-wagging, Kenworthy assured us there’s room in his life for both Wilkas and Mendes as she shared a pic of all three together with arrows labeling Wilkas “boyfriend” and Mendes “husband.”

While Mendes has told the world he’s not gay, he is an ally and clearly happy to join the hi-jinks.

Thanks to Gus and the guys for letting us in on the fun.