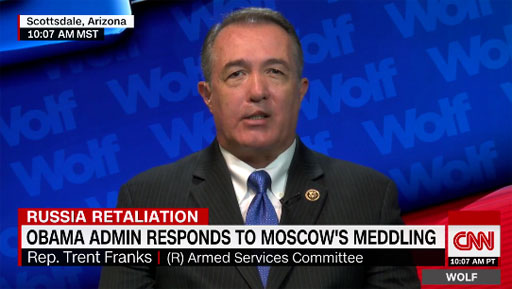 Arizona Congressman Trent Franks, in an appearance on MSNBC Thursday afternoon, shared his opinion that Russia’s cyber-hacking activities during the election was merely what the U.S. media should have done.

“If Russia succeeded in giving the American people information that was accurate, then they merely did what the media should have done,” said Congressman Franks, who chairs the House subcommittee on the Constitution and sits on the House Judiciary Committee.

Franks appeared on CNN Friday afternoon to push back against calls of “traitor” and accusing him of treason on social media, in light of his comments.

“Those comments were completely misconstrued,” Franks said. “No one has been harder on Russia than me. I have been deeply committed to making sure their expansionism and their efforts did not result in the deaths of innocent people across the world.”

“I am completely convinced that Barack Obama’s primary motivation here is to try to delegitimize the election here.”

It’s interesting that the biggest concern on behalf of Trump supporters is the fear that his win might somehow be taken away, and not that a foreign power like Russia is hacking into our data servers.

.@RepTrentFranks: Comment that Russian hackers were only doing what U.S. media should have done was “misconstrued” https://t.co/SYTEDLZwSH 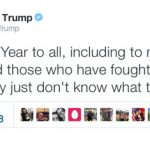 Trump: Happy New Year To My Enemies Who "Lost So Badly" 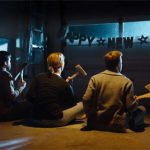 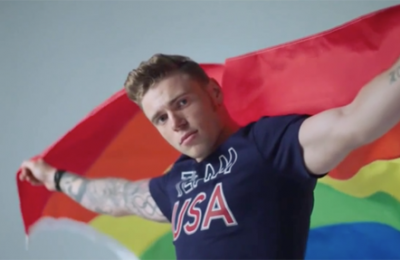 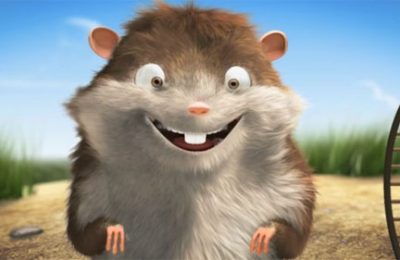 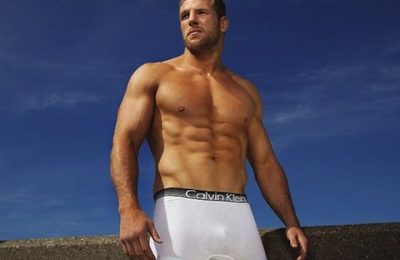