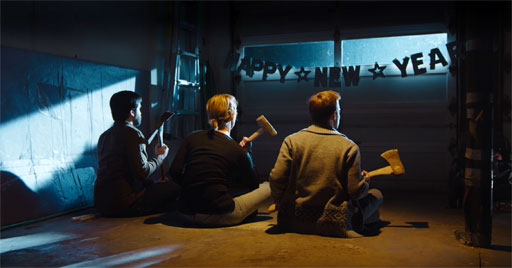 YouTube filmmakers Friend Dog Studios present their trailer for the fictional (or not?) film, 2016: The Movie.

The clip presents the year 2016 as the “scary thriller” that was – complete with celebrity deaths and unexpected election results.

The clip, which takes the calendar year and turns it into a scary thriller, begins on Dec. 31, 2015, with a happy couple ringing in 2016 with kisses and wishes for a prosperous new year, new home, and ever-growing relationship. But things go wrong fast: “You want know who died today?” asks a creepy voiceover, teasing the terrible events to come.