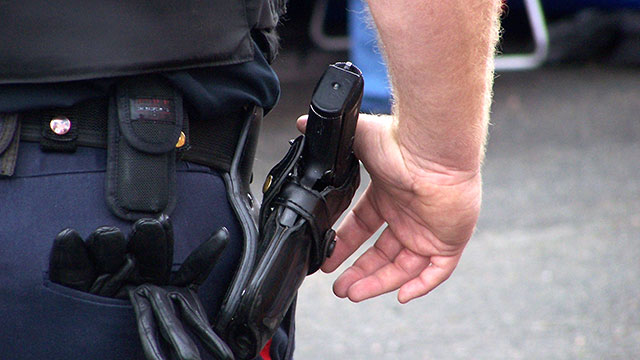 A California teacher has filed a lawsuit against the city of Ceres, Ceres’s police department, officer Lorenzo Beltran, and several unnamed individuals in federal court.

According to the teacher, David Cole, a school resource officer visited his home and harassed him after Cole had reported incidents of anti-gay bullying at his school.

From the Modesto Bee:

David Cole made the accusations against school resource officer Lorenzo Beltran in a federal complaint, and last week told The Bee he struggles to feel safe after the incident two years ago. Cole added he has lost 75 pounds while dealing with insomnia and gastrointestinal issues from the distress.

The lawsuit claims Beltran and a plainclothes officer entered Cole’s gated community when school was closed for a holiday in February 2019 and ordered Cole to exit his home. Outside, Beltran allegedly questioned Cole about his reports of anti-gay student bullying, repeatedly gestured toward his gun and pressured the teacher to quit his job or go to the closed school with them.

Cole begged Beltran to leave, but the officer allegedly refused. The now 54-year-old teacher eventually ran into his home when his partner of 30 years opened the door after listening to the exchange, the lawsuit claims.

A gay teacher sued the city of Ceres, alleging a police officer threatened him at his home and flashed a gun in retaliation for reporting homophobia at Central Valley High School to school administrators. https://t.co/PWEEemcTF3

The city maintains Beltran only visited Cole as a ‘welfare check’ at the request of the school saying Cole had missed scheduled meetings.

Cole says he and his partner are now very concerned about their personal well-being when outside their home.

“Now we’re scared to even be who we are,” Cole said. “That complete turnaround in my life to go from starting Rainbow Generation, the first queer club in the Central Valley at a school, to being terrified and not wanting the police to know it’s me or know that I’m gay. That’s where I’m at: just terrified of being outside in Ceres and at home.”

Read the full details of the court case here.