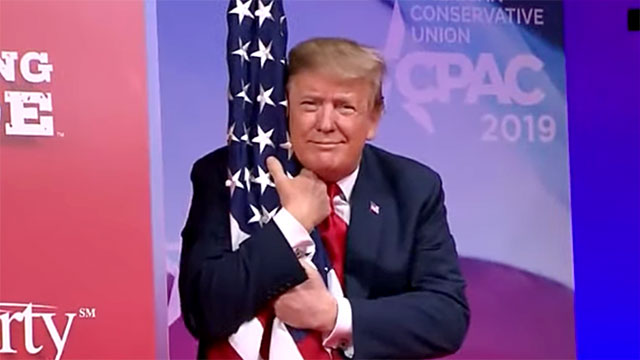 “Now, the same man who gripped the Stars and Stripes won’t let go of something else: the idea that he’s still president,” said Acosta.

Mediaite has the transcript:

“A couple of weeks ago I compared Trumps’ comeback tour to the circus, full of sideshow acts and clowns. I later got an email from an expert on the circus industry. This person pointed out that comparison actually was not fair.

“Because unlike the chaos of Trump world, a circus is carefully composed and organized. That’s a great point. Comparing Trump to a clown is most definitely an insult to clowns. He’s more like one of those mask-hating customers at the grocery store.

This is truly spot-on. Watch below – the report includes video of Trump’s press events which are carefully staged to pretend to be ‘presidential’ instead of being held in front of a golf club.