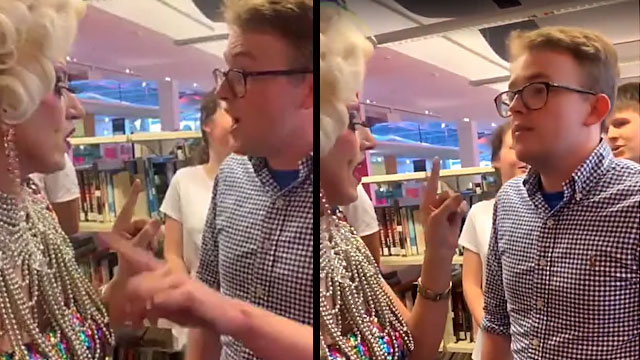 A conservative gay student who led a protest against a Drag Queen Story Hour this weekend was found dead of apparent suicide early Monday morning.

The death of Wilson Gavin, 21, came one day after he faced intense backlash on social media when video clips that went viral showing he and 15-20 fellow students from the University of Queensland Liberal National Club storming into the Brisbane Square Library.

Note: The Liberal National Party in Australia is a center-right party.

The group began chanting “drag queens are not for kids” as Gavin was recorded arguing with drag queen Diamond Good-Rim.

The Daily Mail reports the students were protesting against children “being indoctrinated with radical gender theories.”

Organizers of the event, Rainbow Families Queensland (RFQ) said, “They entered the event chanting and scared the children. Some parents got them outside the room where they continued to chant loudly.”

In 2017, he helped lead the “Our Voice. Our Vote.” group that opposed legalizing same-sex marriage.

During an interview with ABC Radio’s Patricia Karvelas, Gavin said, “Marriage has always been an institution between a man and a woman.”

Arguing that schools would “teach students about LGBTQ people” and churches would be forced to perform same-sex wedding ceremonies, he expressed concerns about what he called “the negative ramifications that can come directly from same-sex marriage.”