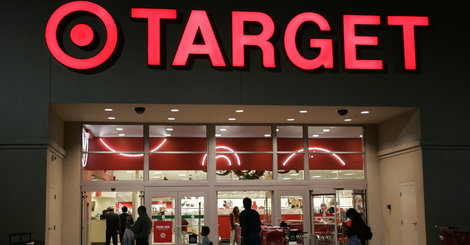 Franklin Graham, who it was recently revealed earns $880,000 a year working for a charity organization, posted this little tirade over Target’s announcement that the department store will no longer identify some items as gender-specific.

How that’s a bad thing, I don’t know.

“I think Target may be forgetting who has made their stores strong.

“It’s not gender-neutral people out there—it’s working American families, fathers and mothers with boys and girls they love.

“What’s next? Are they going to try to make people believe that pink or blue baby showers are politically incorrect?

“I have news for them and for everyone else—God created two different genders. Jesus said, ‘Have you not read that He who created them from the beginning made them male and female’ (Matthew 19:4). You can’t get any clearer than that.

“If you agree, share in the comments below—and let Target know what you think. Let them know that you are perfectly willing to shop where the genders God created are appreciated. (1-800-440-0680) Target is way off-target on this one!”