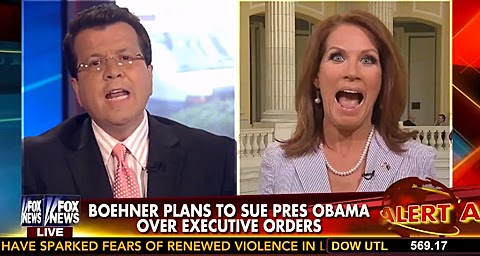 Interviewing Michele Bachmann on Wednesday, FOX News’ Neil Cavuto referred to John Boehner and House Republicans’ lawsuit against President Obama for using executive power on issues that they have blocked in Congress as a “waste of time.”

Cavuto became more impatient with Bachmann as the discussion went on:

“Crazy-eyes” Bachmann just continued on with her pre-printed talking points as if it all made sense.