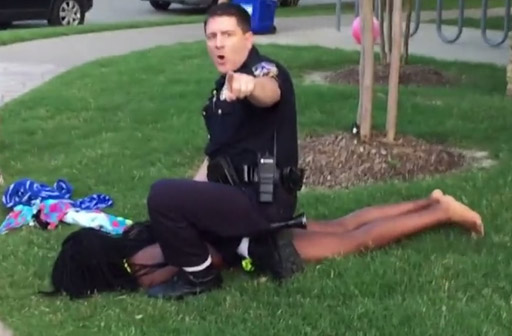 NBC News reports that former Texas police officer Eric Casebolt, a day after resigning from his department, has apologized through his lawyer for his actions at a community pool incident earlier this week.

“He recognizes that his emotions got the best of him and that the prior suicide calls put him in an emotional place that he would have preferred not to have been in when he responded to this call,” his lawyer, Jane Bushkin, said.

Nevertheless, Bushkin said, Casebolt acknowledged that he lost his cool.

“Eric regrets that his conduct portrayed him and his department in a negative light. He never intended to mistreat anyone but was only reacting to a situation and the challenges it presented.”

The seven-minute video shows Casebolt, who is white, wrestling a black 15-year-old girl to the ground and pulling his gun on other young people, most of them also black, when they fail to follow his commands as he responds to reports of fighting at a June 5 party held at a community pool. Casebolt, a corporal who served on the police force for 10 years, also curses at the teenagers.