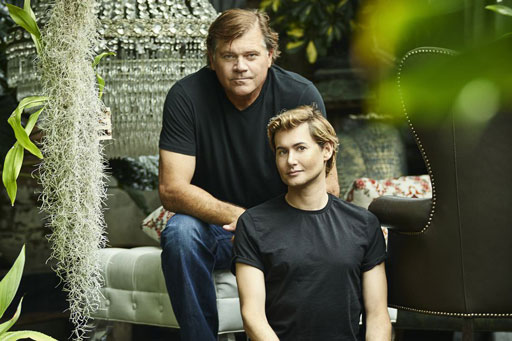 Jeff Rohrer, a former Dallas Cowboys linebacker from 1982 to 1988, will marry his partner of two years, Joshua Ross, this Sunday in California.

In doing so, Rohrer will become the first NFL player – past or present – to celebrate a same-sex marriage.

Rohrer came out in an emotional interview with Outsports’ Cyd Zeigler this week, and in doing so shared the emotional impact the acceptance of his former teammates has made.

Zeigler writes that the 59-year-old had to pause several times as waves of gratitude washed over him talking about how supportive his football family has been as he’s shared this part of his life with them.

”The kindness of my friends and my family and my teammates,” Rohrer told Outsports, pausing due to the weight of the emotion. “It’s just been fucking ridiculous how nice they have been, and how supportive. And how they don’t care about any of that. They just love me, they always have. Nothing’s changed. Nothing’s changed.”

While the reception to his coming out has been exhilarating, it’s a complete 180 degree flip from his days in the NFL.

A second round draft pick in 1982, Rohrer played in 83 games over six seasons for the Cowboys. The entire time he hid his sexuality from his teammates.

“If I had told the Dallas Cowboys in the 1980s that I was gay, I would have been cut immediately,” Rohrer shared with The New York Times. “It was a different world back then, people didn’t want to hear that.”

Rohrer referred to his younger, closeted self as something of a ‘monster’ he felt he had to keep suppressed.

“So many nights I cried myself to sleep, feeling like I was the Wolfman, or Jekyll and Hyde, or Frankenstein, some kind of monster that only comes out when it’s a full moon, always living in the shadows.”

He says he wasn’t out at the time, just ‘working in the area’ and was killing time so rush hour traffic could wind down. The two men struck up a conversation which led to Ross giving Rohrer his contact info.

Although he’d never dated a man before, he admits the feelings he’d kept at arm’s length for so long had become impossible to dismiss.

“My experience is that people are born gay, and anyone who wants to dispute that I’d be happy to have a conversation with them, including Mike Pence,” he told Outsports. “I’d love to sit down with him.”

Growing up in a conservative Southern California community, Rohrer says the idea of being gay “was not acceptable.”

“When I went to Yale, it was the same thing there,” he added. “And then I got drafted by the Cowboys. What am I going to do, come out then?”

It wasn’t until after Rohrer’s divorce – he has two children from his previous marriage – that he finally allowed himself to explore and express his authentic self.

“When I got divorced, I said the hell with it, I’m going to do what I’ve always wanted to do,” he told The New York Times. “Then I found Josh, and began to openly live the life I was born to live.”

Living that life has given him not only the happiness he’s found with Ross, a successful aesthetician and founder of SkinLab, but the courage to share his story with the public.

”I’m not going to change the world, but we can at least get the message out there that it’s OK and I’m proud of where I am,” admits the award-winner TV producer. “I’m not ashamed. I’m not the Wolfman anymore. My family and friends are 100% behind me. That kind of message can maybe move the ball forward a little bit.”