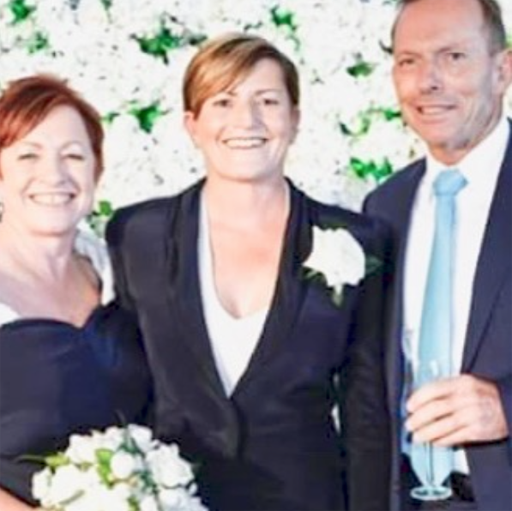 Abbott told the media as he traveled to Sydney for the ceremony, “I’m looking forward to having a new sister-in-law.”

Sweet sentiments, but a change in tone as Abbott had opposed marriage equality all the way up to the recent “vote-by-mail” survey of the entire country on the subject.

“However deeply affectionate or long lasting it may be, the relationship between two people of the same sex cannot be a marriage because a marriage, by definition, is between a man and a woman,” said Abbott during the nationwide debate. “Let’s celebrate all strong relationships, whether they are between a man and a woman or between people of the same sex—but let’s be careful about describing every lasting sexual bond as a ’marriage’.”

Abbott refused to allow a vote in Parliament on the issue while in power, but did say the question should be put to a national referendum.