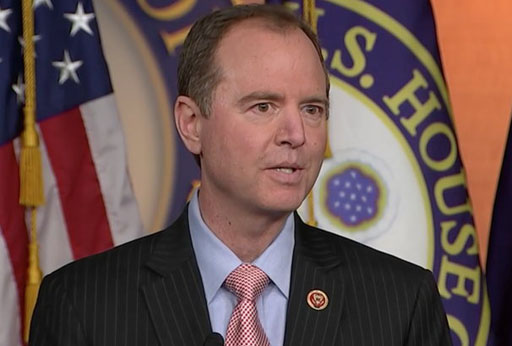 After Donald Trump attacked Democratic Congressman Adam Schiff as “one of the biggest liars and leakers in Washington,” Schiff didn’t hesitate to clap back at the Trumpster.

Schiff, the ranking Democrat on the House Intelligence Committee, has been a leading critic of Trump and is pushing for a vote to release a Democratic counter-point to Republican Devin Nunes’ three and a half page memo that Trump has declared “totally vindicates” him.

Little Adam Schiff, who is desperate to run for higher office, is one of the biggest liars and leakers in Washington, right up there with Comey, Warner, Brennan and Clapper! Adam leaves closed committee hearings to illegally leak confidential information. Must be stopped!

Referencing the hours of unscheduled morning TV time the Donald reserves for himself, Schiff signaled he has no time for such foolishness.

Mr. President, I see you’ve had a busy morning of “Executive Time.” Instead of tweeting false smears, the American people would appreciate it if you turned off the TV and helped solve the funding crisis, protected Dreamers or…really anything else. https://t.co/lVqQRu2Gjl

Putting aside everything else that's unnerving about this tweet, Trump is a constant leaker who exposed Israeli intelligence sources to the Russians and plotted a response to North Korea in full view of guests at Mar-a-Lago. Rep. Schiff has done…none of that. https://t.co/m0RMFJyN1U— Ezra Klein (@ezraklein) February 5, 2018