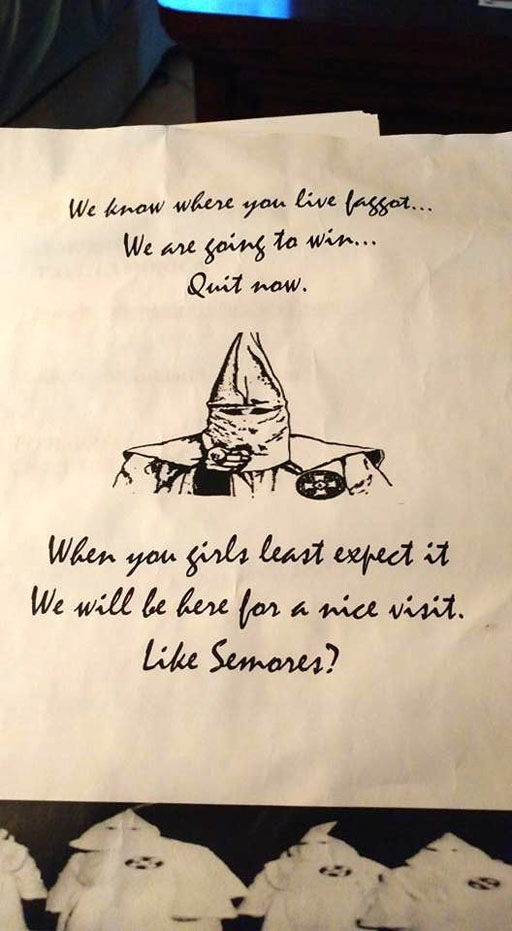 James Schneider, an openly gay man currently running for city council in Cape Coral, recently received a threatening note that appears to be from a local division of the Ku Klux Klan.

The note was apparently left on the front door of Schneider’s home last weekend.

The text of the note reads, “We know where you live, faggot… We are going to win… Quit now. When you girls least expect it, we will be here for a nice visit.”

Schneider admits the threat scared him, but he has no intention of quitting the race.

“I was spooked by it immediately. It really shakes you to the core,” said Schneider.

Posting the image to his Facebook page, he wrote, “They got their opportunity to scare us, but not quitting this election. I am the qualified candidate, not the popular one.”

Schneider told his Facebook followers he “almost quit” after the threats but will now “stay in the campaign.”

“We are shaken but not beaten,” the post reads. “Thank you so much for those who have huddled around us at this time. We live in a messed up country.”