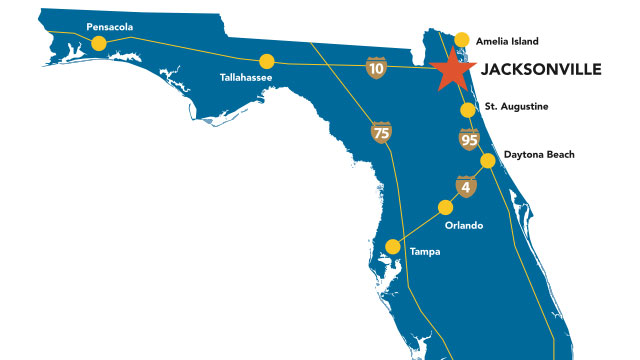 For years, the city of Jacksonville, Florida, had a terrible track record when it came to LGBTQ rights in the city.

In 2015, for example, the Human Rights Campaign rated Jacksonville a 23 out of a possible 100 in terms of LGBTQ rights and protections.

Since the city expanded its Human Rights Ordinance (HRO) to include sexual orientation and gender identity in early 2017, the HRC rating has improved to 79 out of 100.

But now, Florida’s 1st District Court of Appeal has sided with a handful of anti-LGBTQ activists that want to see the HRO reversed on a technicality.

Florida Politics reports that the appellate court ruled unanimously 3-0 that the lawsuit filed by virulently anti-LGBTQ law group Liberty Counsel should be allowed to move forward after being dismissed twice by lower courts.

Jason Gabriel, the city’s head lawyer in the office of General Counsel, called the decision a “mindboggling” and “bizarre” appeals court ruling against the local LGBTQ protections and vowed to fight to defend the law. “It’s a hyper-technical ruling with some bizarre findings,” said Gabriel.

The decision from the three-judge panel mainly hinged on how language was presented in the initial public notices about how the existing HRO would be amended.

When the amendments were being considered in 2017, the sections of the local Ordinance Code that would be affected were listed and then followed with instructions to add sexual orientation and gender identity to those sections.

“The foregoing sections of the Ordinance Code are hereby amended as follows: wherever protected categories are listed, that sexual orientation and gender identity, as defined in Section 3 below, shall be added to the list.”

Sounds pretty straight forward, yes? Everyone concerned understood what and how the changes were to the HRO.

But the Liberty Counsel held that all 25 sections of the Ordinance Code that were affected by the amendments should have been written out in full text showing the insertion of the new language.

The appellate court agreed on that very narrow legal view saying the process “violated governing principles of notice and due process.”

And so, the Liberty Counsel won its reversal on previous rulings and is now allowed to further proceedings in trying to overturn the LGBTQ protections.

In a press release, the Liberty Counsel’s Mat Staver gloated over the ruling writing, “The citizen plaintiffs were injured by the city’s deceptive practice in presenting the HRO for passage, and that this deceptive practice of not revealing the intent and scope of the law invalidates it.”

Gabriel disagreed with the appeals court telling Florida Politics that “full text of the rules … was set forth for the Council and the public, both before or after enactment, and was immediately officially published after enactment.”

One solution to the issue, according to incoming City Council President Tommy Hazouri, who sponsored the 2017 legislation, is to simply pass the law again. Since the bill passed in 2017 (by a vote of 12-6), the membership of the City Council has not changed.

The city is also considering appealing this new ruling to the (currently conservative) Florida Supreme Court.

LGBTQ blogger JoeMyGod notes that the Liberty Counsel has been trying to repeal Jacksonville’s LGBTQ protections since they were passed in early 2017.