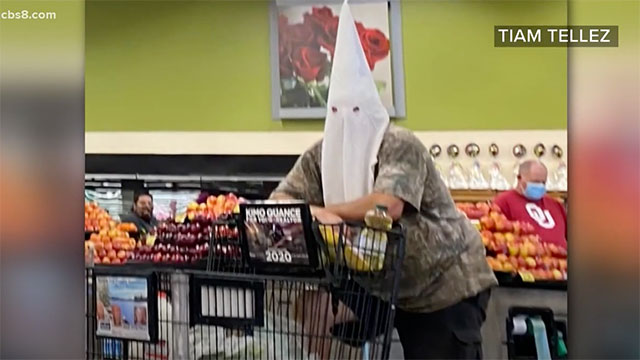 Social media has been sharing photos of a man wearing a KKK hood while grocery shopping at a Vons store in Santee, California.

The photos were taken at the store on Mission Gorge Road in Santee Saturday afternoon.

The incident took place just a day after San Diego instituted health guidelines requiring citizens to wear a face mask when entering a business. Clearly the man was trying to make a statement.

According to Newsweek, “The man reportedly refused to take off his hood after being confronted by others at the store until he went to go pay for his items at the checkout.”

Several social media users noted that Santee has a sad, sordid history regarding white supremacists which caused the city to be nicknamed, “Klantee.”

See the report from Channel 8 San Diego below. 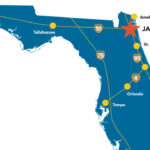 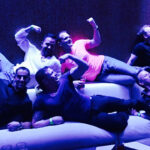 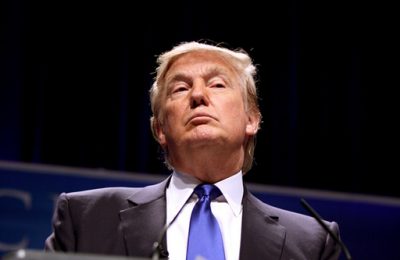 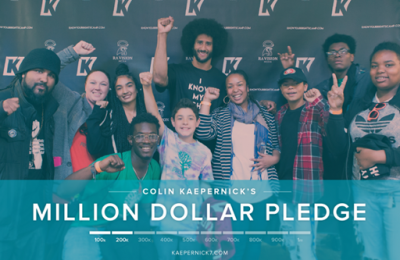 Where Are Colin Kaepernick’s Critics Now? 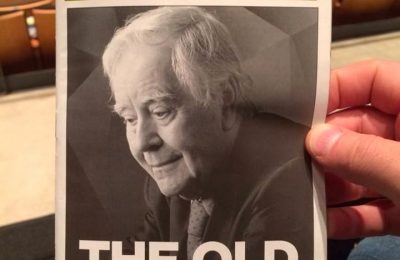 Betty Buckley in “The Old Friends”