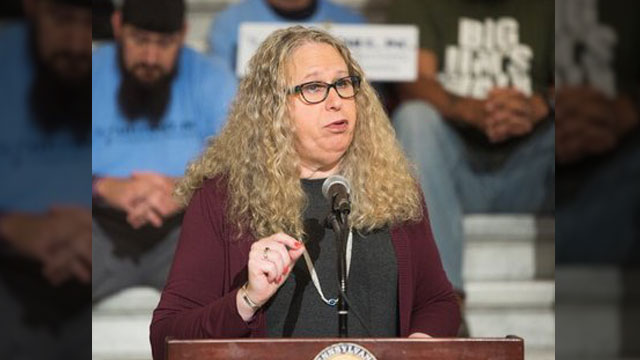 Throughout her career, Levine has written about the opioid crisis, LGBTQ medicine, medicinal marijuana, eating disorders and adolescent medicine.

She graduated from Harvard College and the Tulane University School of Medicine and completed her training in Pediatrics and Adolescent Medicine at the Mt. Sinai Medical Center in New York City.

Biden previously announced California attorney general , Xavier Becerra, as Secretary of Health and Human Services. Becerra, like Levine, would make history as the first Latino in the role.

“Our nation is fortunate to have Dr. Rachel Levine nominated for a position so important to ending this pandemic and her experience on the frontlines in Pennsylvania will prove invaluable as Assistant Secretary. Her nomination is groundbreaking and shows the Biden administration will choose the most qualified individuals to lead our nation regardless of sexual orientation or gender identity. Dr. Levine is making history and will transform Americans’ perceptions of trans people when she takes office and begins to work on their behalf.”