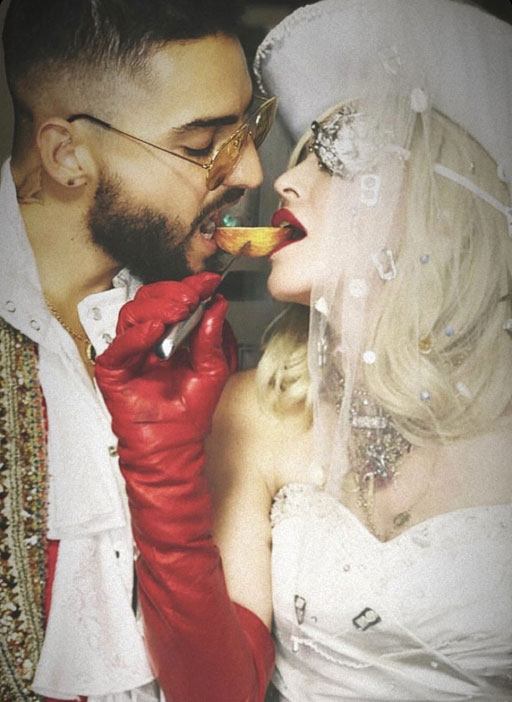 Get your first listen to the latest from Madonna – the lead single from her upcoming album,

The track is a collaboration with Colombian pop star/hunk, Maluma. Hit the play button below.

The Queen of Pop also shared the release date for the albumwill be June 14.

Madame X will be the “Vogue” singer’s 14th studio album, and first since Rebel Heart dropped in 2015.

The track had its debut on Apple Music’s Beats1 with Zane Lowe.

Minutes before the debut of the song, Madge tweeted a reminder to her fans featuring her hunky duet partner, calling the event a “World Record.”

As I recently reported, Madonna has been confirmed to perform two songs at the 2019 Eurovision Song Contest in Tel Aviv, Israel.

One track will be from her catalogue and the second from Madame Xduring the song contest’s grand finale on May 18.

Israeli-Canadian billionaire Sylvan Adams offered to cover the cost of presenting Madonna pointing to the visibility it will bring Israel.

The Jerusalem Post reported the pop star asked for $1 million to perform.