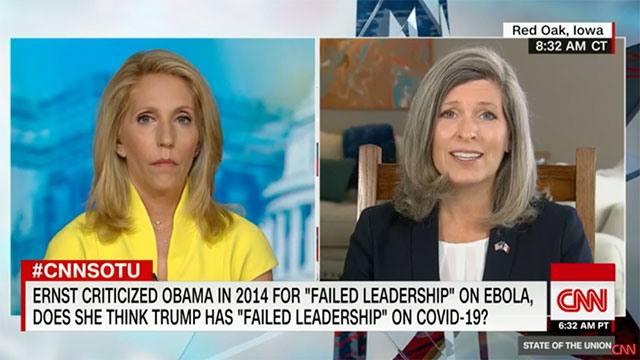 Note: There were only 11 confirmed cases of Ebola reported in the U.S. and 2 Americans died from the virus six years ago. At this writing, the number of American deaths from COVID-19 is just under $130,000.

Ernst’s response to the question: “I think the president is stepping forward.”