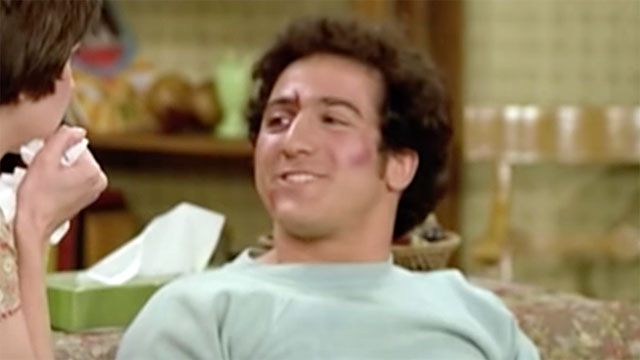 Eddie Mekka, who became famous for his TV role as Carmine Ragusa on the sitcom Laverne & Shirley, has died at the age of 69.

Mekka died at his home in Newhall, California, his brother, Warren Mekjian, told NBC News. It was unclear how or when he died, but Mekjian said there was no indication his death was suspicious and that he died on Friday or Saturday.

After Mekka’s neighbors did not hear from him for a “couple of days,” Mekjian said they checked in on him and found his body in his home, adding he received the call of his passing on Saturday morning.

Mekka was best known for his role as Carmine “The Big Ragoo” Ragusa, Shirley Feeney’s boyfriend on “Laverne and Shirley.” The sitcom aired from 1976 to 1983 on ABC.

I never knew Mekka began his acting career on Broadway. In 1975, he was honored with a Tony Award nomination for his leading role in the stage musical The Lieutenant.

Mekka went on to appear in nearly 50 TV shows and movies, including roles in the film adaptation of the Broadway musical Dreamgirls and Penny Marshall’s 1992 film, A League of Their Own.

Additional TV credits include “The Love Boat,” “It’s Always Sunny in Philadelphia” and “The Suite Life of Zack and Cody.”

While my teenage brain didn’t quite understand it at the time, I look back now realizing I had such a TV crush on the charming Mr. Mekka.

Just a few highlights of the oh-so-talented Eddie Mekka on Laverne & Shirley.

My darling Eddie,
A world-class talent who could do it all. I love you dearly. I'll miss you so much. But oh the marvelous memories…https://t.co/ZmBFpBxc4m #EddieMekka

A sad goodbye to Eddie Mekka this morning. A genuinely good guy and purveyor of cheer whenever things got cheerless. Value these people. RIP, Eddie.