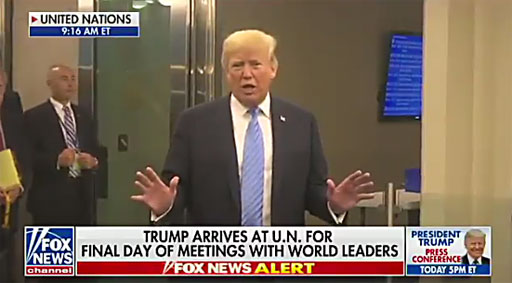 The Trumpster also indicated the Republicans weighing Kavanaugh’s nomination could not be “nicer,” and that he would have preferred the nominee to have been pushed through more quickly.

Here is Trump the sexual predator saying Republicans are being too nice, too “respectful of the woman” and that he would have preferred them to “push it thru” because he “might have pushed it forward a lot faster.”

This comes in the same morning that a 3rd Kavanaugh accuser came forward to allege she not only witnessed ‘gang rapes’ in which Kavanaugh took part in during high school house parties, but became a victim of those ‘gang rapes.’