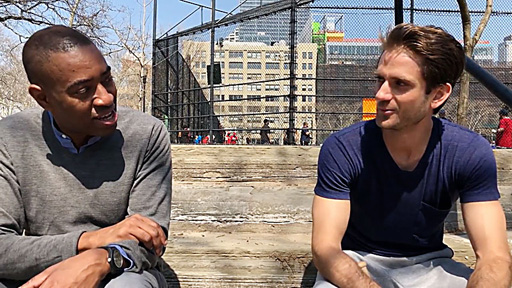 Chris is an African-American man in his 50s with a great job, great apartment, great friends, but not-so-great love life. Two years after the death of his longtime lover, he’s been on a lot of bad dates.

John is a good-looking guy in his 20s trying to find a career. A college graduate, he’s in that New York City “table-waiting, bartending, personal training” mode.

Neither of the two were looking for anything when they met, but the conversation leads to John asking for Chris’s phone number.

Did I mention that Chris is gay and John is straight?

It’ll be interesting to see where this goes.

Check out episode one, “Chance Meeting,” below.