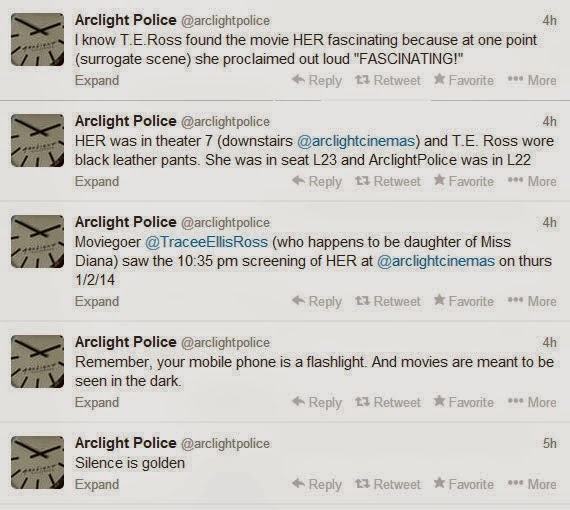 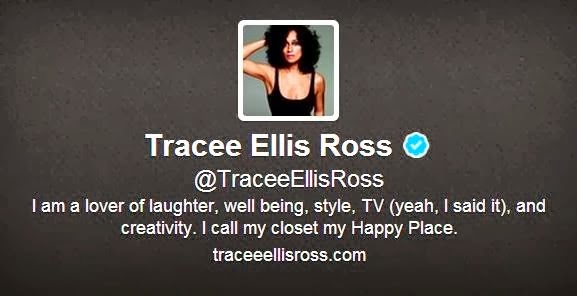 To be read from the bottom up, the following is an account by the “Arclight Police” detailing an evening at the Los Angeles Arclight movie theater where apparently Diana Ross’ daughter – Tracee Ellis Ross – was extremely annoying to other movie goers due to her frequent use of her phone during the 10:35 screening of “Her” on December 14th.

This was posted by my fellow blogger Kenneth in the 212 who makes a point to say this isn’t about shaming Tracee Ellis Ross so much as it is to bring attention to the fact that there are many, many “Tracee Ellis Ross'” out there who behave in much the same fashion.

I personally love the detail to the whole ordeal.  Click the images to enlarge.

Do you see this kind of behavior when you’re out at the movies? 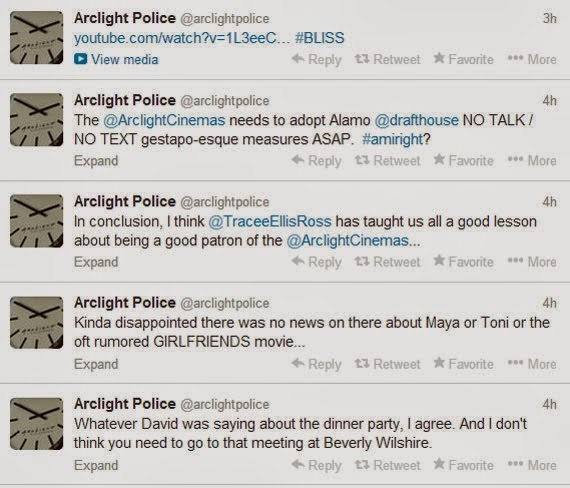 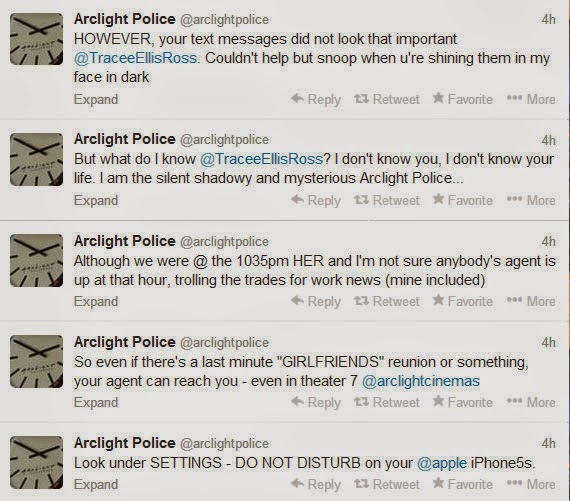 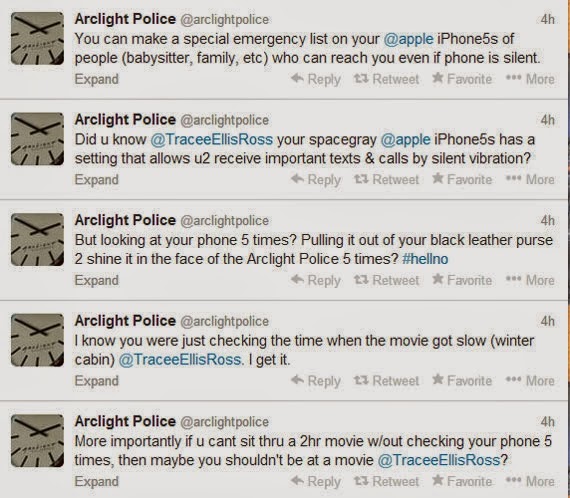 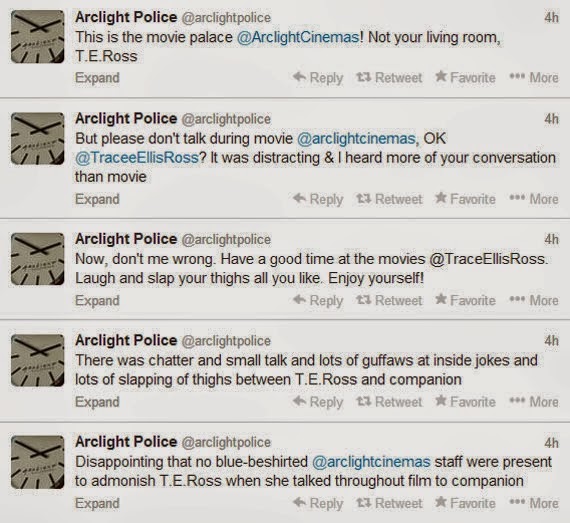