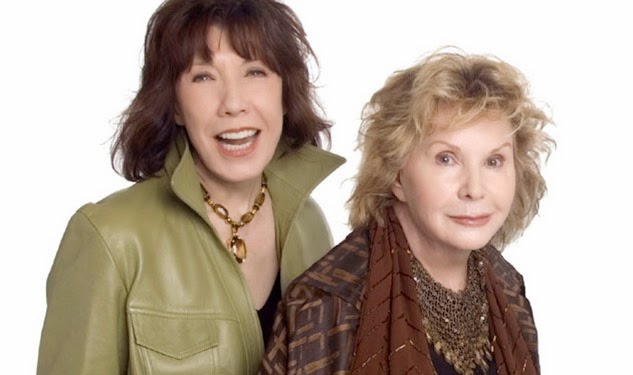 Tomlin, the 74-year-old comic genius best known for her diverse roles on television, film and stage tied the knot New Year’s Eve with longtime love and accomplished writer, Jane Wagner after 42 years together.

It appears the news first broke as a sidenote in a piece about Bob Fosse written for ChicagoTribune.com by friend of the couple, Liz Smith:

“It was an eventful New Year’s Eve … my longtime friends, Lily Tomlin and her love, the writer Jane Wagner, got married on the eve of 2014. … My wish is that their happiness will be as great as their combined talents.”

The two met in March of 1971 working on a comedy album. Since that time, they’ve worked on many projects including the Tony Award and Drama Desk Award-winning “The Search for Signs of Intelligent Life in the Universe.”

I’ve met Lily in person and, of course, enjoyed her genius many times on stage and on the big & large screens.  A great, great talent that like a fine wine grows deeper and richer (if that’s possible) with age.