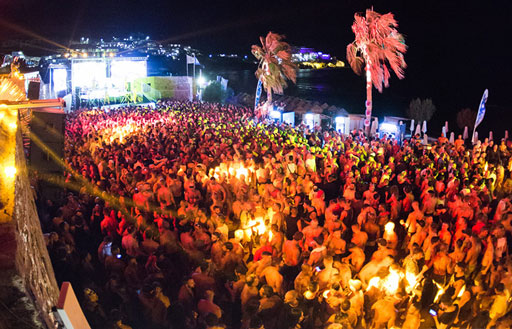 You know the scene: shirtless, sweaty, gym-bodies dancing, prancing, drinking and all that good stuff.

Oh, and I hear there might be some sex taking place. Maybe.

Last night a fight broke out on the dance floor between two of the built bodies (thank god they had different shorts on or we’d have never been able to tell them apart) and cell phone video footage immediately went viral.

The video appears to start with a swing, then a slap, a hair pull (no, this wasn’t the sex part of the week) and then more of the queens jumped in.

All the while, “Never Enough” from the soundtrack of The Greatest Showman is playing in the background.

You can almost hear the dialogue in your head:

Or who knows – maybe someone inadvertently touched someone else’s weekend boyfriend…?

Fortunately, none of the queens knew how to throw a punch and no one appears to have been seriously injured.

And, in truth, this kind of thing hardly ever happens at gay events.

In any case, the brief mini-brawl has gone viral – much to the delight of some, the embarrassment of others.