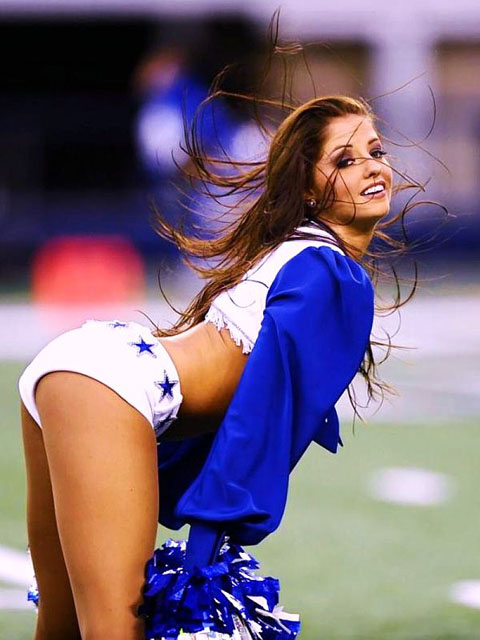 I grew up in Texas, and as such, it was a genetic requirement to be a Dallas Cowboys fan.  But a lot of fans tune in for different action on the sidelines.  The Dallas Cowboy Cheerleaders have been an iconic part of football for over 4 decades.  I get a lot of mileage out of joking about making note of the “costumes” when watching football, but in this instance, it’s kind of hard to miss.  And let’s face it – when you’ve got a Porsche, you don’t keep it in the garage.

Whether gay or straight, how could you not love the Dallas Cowboy Cheerleaders?  They’re gorgeous and clearly love what they do. 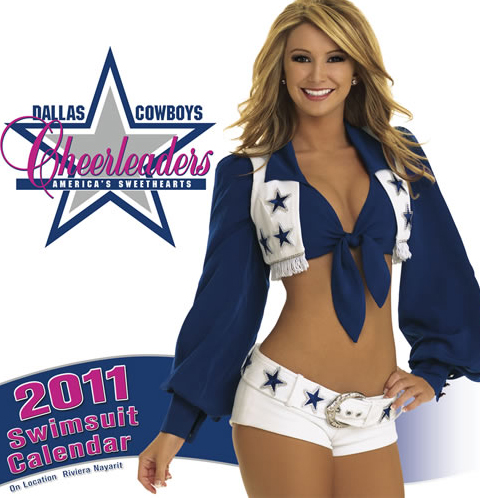 The Auditions
Each spring up to 600 young women from across America converge on Texas Stadium in pursuit of their dream to become a member of the DCC. The basic requirements are: (a) Ladies must be at least 18 years of age; (b) They must be a high school graduate; (c) They must be attending college or hold a part-time/full-time job – yes, being a full-time mother and homemaker counts; and (d) if selected they must reside in the Dallas/Fort Worth area during their tenure as a Cheerleader. And although they receive a bye into the Finals, even the members of the previous years squad must once again compete in the hope of reclaiming a position. 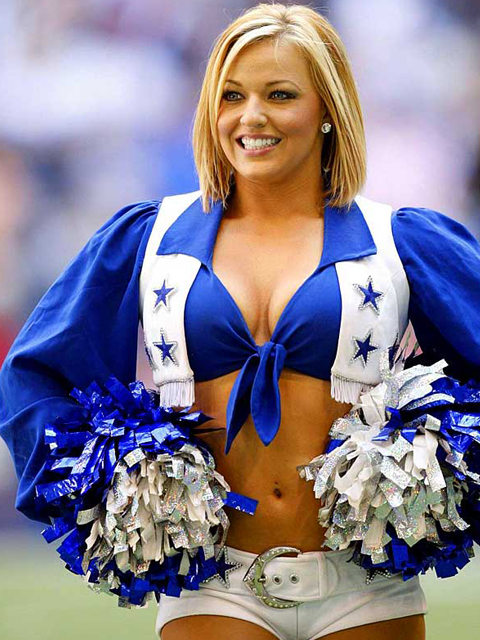 The Uniform
Since first introduced with the formation of the squad in 1972, there have been only six modifications to the uniform. In May of 1989 the original “go-go” boot had gone out of style and a more western oriented design was selected. In 1991, the large buckled belt was left behind in favor of shorts with a more flattering cut. 1992 brought a cowboy-style boot to the uniform, and in 1993 crystals were added to outline the fifteen stars on the vest and shorts. 1994 brought a more western shape to the blouse lapels, and finally, in 1999 crystals were added to the fringe line of the vest.