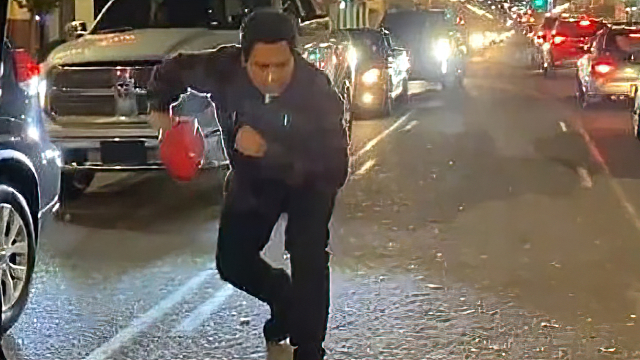 This Navajo and Tewa man, Ashkia ‘Kia’ Randy Trujillo, spontaneously performed a traditional dance in celebration after learning of Joe Biden’s victory over Donald Trump in the 2020 presidential election.

Trujillo told NBC News that the dance “tells of how a battle was won and how the evil was pushed away.”

His joy is infectious.

By the way, Trujillo cleared up some confusion some had about his red hat. It wasn’t a MAGA hat but a Chicago Bulls hat.

This Navajo and Tewa man spontaneously performed a traditional dance in celebration after learning of Joe Biden’s victory over Donald Trump pic.twitter.com/4GOB2g8hgz

Just fyi I am new to Twitter and I didnt plan on ever having one but wasnt quite sure how to get a hold of @Schischillyy to give her thanks and props for capturing this moment. Words can not express how happy I am. I hope you feel the love everyone!
Aho! 🙏❤