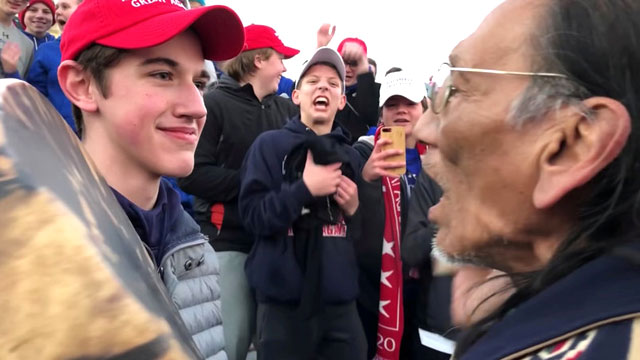 CNN has reportedly agreed to settle a lawsuit by MAGA hat-wearing high school student Nick Sandmann, who became famous in January 2019 for staring down Native American Nathan Phillips at a Washington, D.C. event.

The amount of the settlement was not made public during a hearing at the federal courthouse in Covington, Kentucky.

Sandmann’s lawyer says the damages were sought due to “emotional distress Nicholas and his family suffered.” He also said the family had to move from their home temporarily and that Nicholas was not permitted to attend school directly after the trip to Washington.

At the time of the incident, people became polarized over what had happened and what, exactly, they saw.

To this day, having seen the full video footage, I’m still clear that the boy in the photo above is smirking at an elder.

And now, he will be rich for doing so.