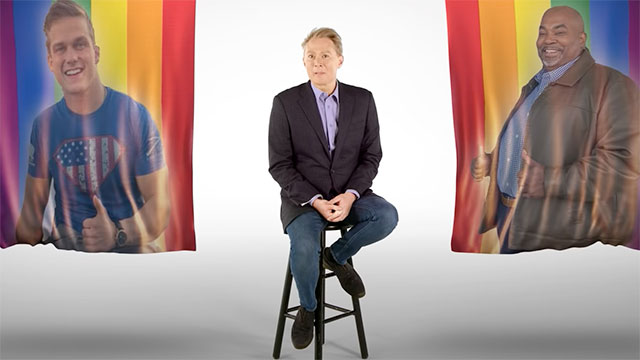 “These days my life looks a lot like yours than Justin Bieber’s,” Aiken said announcing the news Monday. “But one thing that has never changed for me is how much I love my home state. North Carolina is the place where I first discovered that I had a voice, and it was a voice that could be used for more than singing.”

He argues that the “loudest voices” in his home state’s politics have become “white nationalists” and “homophobes.” He adds, “It’s not just North Carolina. There’s a Marjorie [Taylor Greene] in Georgia and a Lauren [Boebert] in Colorado, and these folks are taking up all the oxygen in the room, and I’m going to tell you I am sick of it.”

"Just imagine how excited these guys are gonna be when we elect the south's 1st gay congressman." #ncpol https://t.co/fxPaDw5upV

Aiken says he is running on progressive policies of political civility, including issues like income equality, health care and climate change.

This will be Aiken’s second run for Congress. Back in 2014 he was the Democratic candidate for North Carolina’s 2nd District but lost to Republican incumbent Renee L. Ellmers.

The newly-redrawn 6th District has a much more liberal-leaning demographic encompassing Durham and other parts of the Research Triangle in North Carolina. The incumbent, Rep. David E. Price (D-NC), 81, announced in October that he would not seek reelection this year.

Clay Aiken, former American Idol winner, announces he is running for Congress in North Carolina. Aiken tried once before and lost in a general. This time, it's in a recently redrawn solidly Democratic district. If he wins, he'll be the first openly gay Congressman in the South. pic.twitter.com/He9eUjpqy9

The Democratic primary will be held in May and the winner is widely expected to prevail in the general election in the fall. If he were to win, he’d be the first gay member of Congress from the South.

Clay Aiken was a special-education teacher before he found fame thanks to his second-place finish on American Idol in 2003. Since that time, he has released several albums, appeared on Broadway, hosted a Christmas special on television and served as a UNICEF ambassador.

He was also the runner-up (again!) on the Donald Trump reality series The Celebrity Apprentice.

Aiken actually defended Trump during the 2016 presidential campaign against accusations of racism, referencing his time on the reality show with the Donald.

But after Trump stood up for the violent white nationalists who staged  the deadly Unite the Right rally in Charlottesville in 2017, Aiken recanted his defense of the former guy.