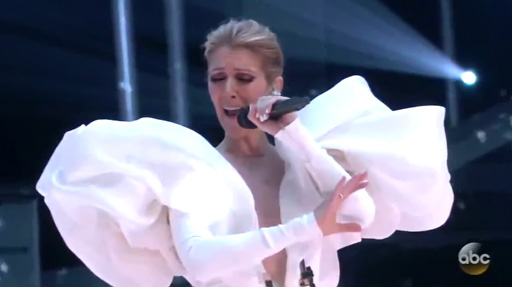 Last night Céline Dion wowed the Billboard Music Awards audience with an epic performance of ”My Heart Will Go On” for Titanic’s 20th anniversary.

Her performance wasn’t the only drama on stage, though. With clips of Leonard DiCaprio and Kate Winslet playing behind her, a gorgeous white couture gown by Stephane Rolland, and an enormous chandelier serving to reveal the diva, the moment was full of well-crafted theater.

Watch the master at work below.