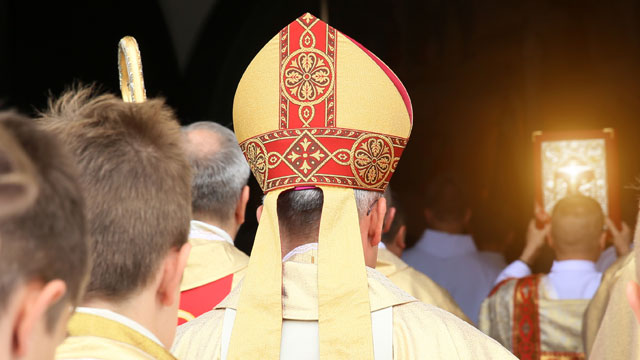 It’s not news that the LGBTQ community’s relationship with the Catholic Church is complicated in so many ugly ways.

Still, the news that a group of Catholic bishops not only opposed but worked against legislation for a national suicide hotline that could help LGBTQ youth in crisis is stunning.

The legislation was passed in the House and Senate with bipartisan support and signed into law on October 17, 2020. The three-digit phone number is required to go live by July 2022.

Upon its passage, the Trevor Project called the legislation “the first explicitly LGBTQ-inclusive bill ever to pass Congress unanimously.”

But according to the National Catholic Reporter, the U.S. Conference of Catholic Bishops (USCCB) actively lobbied against the legislation.

Why would anyone argue that an easy-to-reach suicide hotline is a bad thing?

The bishops’ beef with the bill was that it included “special funding for LGBTQ support.”

Noting that LGBTQ youth are “more than 4 times more likely to contemplate suicide than their peers,” a provision of the legislation calls for the Department of Health and Human Services to work towards increasing “competency in serving high-risk populations” like queer and transgender kids.

Even just that small measure was a bridge too far for the Catholic bishops.

How can Catholic bishops oppose suicide prevention? What would Jesus say? https://t.co/jlUxzA1qnl

The US Catholic church is in opposition to new toll free Suicide Prevention Hotline. Religions cause harm! pic.twitter.com/a4WmaHntP9

Of course, this isn’t the first time the Catholic Church has worked against LGBTQ interests.

The bishops have opposed LGBTQ legislation going back to the Employment Non-Discrimination Act (ENDA) which was proposed in every Congress since 1994. ENDA, a pre-cursor of sorts to today’s Equality Act currently working its way through Congress, would have prohibited discrimination based on sexual orientation in the workplace.

The bishops’ argument on ENDA was that the bill didn’t distinguish between “sexual inclination” and “sexual conduct.”

U.S. bishops also found conflict with the Violence Against Women Act because the terms “sexual orientation” and “gender identity” were codified in the bill. In a 2013 statement about the legislation, the USCCB called that language “problematic.”

With that in mind, it’s no surprise that the bishops not only stand against the passage of the Equality Act, which would add sexual orientation and gender identity categories to existing federal civil rights laws in just about every area of life.

They also oppose the conservative ‘compromise’ to the Equality Act known as the Fairness For All Act. Introduced by Rep. Chris Stewart (R-UT), that bill would outlaw LGBTQ discrimination but would still allow religious entities to refuse hiring queer people based on ‘religious beliefs.’

But even that is a ‘no go’ for the bishops.

Its worth noting, however, that the Church’s leadership is out of step with its followers regarding LGBTQ rights.

A survey conducted by the Pew Research Center in 2019 showed support for same-sex marriage among U.S. Catholics had grown to an overwhelming majority of 61 percent.