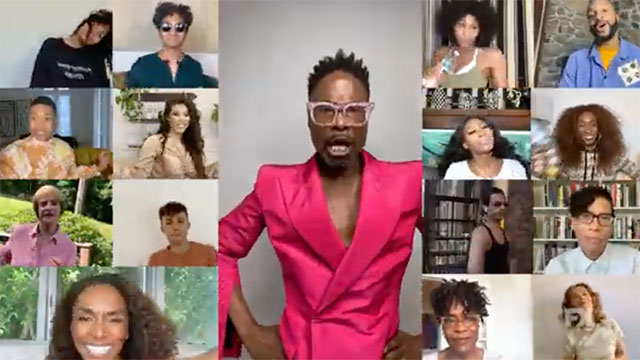 Check out this sneak peek from the upcoming “Pose-A-Thon” scheduled for Friday, June 26 at 10 PM ET.

In honor of Pride Month, Billy Porter and Mj Rodriguez, along with the cast and producers of Pose, come together for a one-hour virtual event in partnership with GLSEN, Hetrick-Martin Institute, and Transgender Legal Defense & Education Fund.