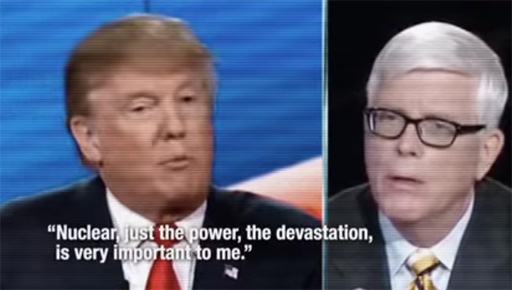 A new ad from the pro-Hillary Clinton super PAC, Priorities USA, pulls no punches in hitting Donald Trump over his views of war.

Once again using his own words, Trump’s pronouncements of “I love war” and “I know more about ISIS than the generals do,” are juxtaposed against images of war and destruction.

Like the Clinton campaign’s official ads, it takes a page from President Lyndon Johnson’s campaign against Barry Goldwater in 1964. Back then, the invocation of nuclear war to scare voters was considered so controversial that Johnson’s camp quickly pulled an ad featuring a mushroom cloud. But the ad, “Daisy,” generated so much discussion that it went on to be considered one of the most successful and famous political ads of all time.