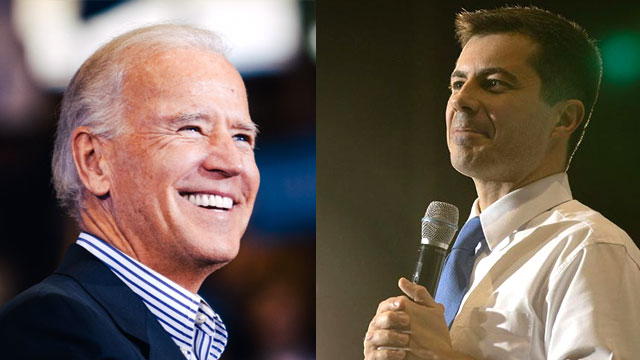 Reuters reports President-elect Joe Biden plans to nominate Pete Buttigieg to serve as Secretary of Transportation in the upcoming administration.

In choosing Buttigieg, Biden would be nominating the first openly gay man to a Cabinet position. If confirmed, the former mayor of South Bend, Indiana, would become the first LGBTQ Cabinet secretary to be approved by the U.S. Senate.

Mayor @PeteButtigieg is a leader, patriot, and problem-solver. He speaks to the best of who we are as a nation.

I am nominating him for Secretary of Transportation because he's equipped to take on the challenges at the intersection of jobs, infrastructure, equity, and climate.

A rising star in the Democratic Party, in 2020 Buttigieg won the first-in-the-nation Iowa caucuses becoming the first openly gay candidate of a major political party to win delegates in a White House bid.

But when he saw no path to winning the Democratic nomination, Buttigieg ended his campaign and became a vociferous campaigner for Biden.

During a March campaign event, Biden spoke warmly of Mayor Pete and compared him to his late son, Beau Biden.

“I know that may not mean much to most people, but to me it’s the highest compliment I can give any man or woman,” said Biden at the time.

Before the 2020 election cycle, Buttigieg served two terms as the mayor of South Bend since 2012. While in office, Buttigieg deployed to Afghanistan as an intelligence officer in 2014.

The transportation job, though, would seem to be a good fit for the Rhodes Scholar who displayed a strong knack forwonkish facts and figures during the 2020 campaign.

If confirmed, Buttigieg would oversee nearly 55,000 employees and a $90 billion budget for a department that oversees the funding of highways, transit systems, air traffic control and more.

Alphonso David, president of the Human Rights Campaign, said in a statement regarding Buttigieg’s nomination, “His voice as a champion for the LGBTQ community in the Cabinet room will help President-elect Biden build back our nation better, stronger and more equal than before.”

Biden campaigned on promises of new infrastructure projects like building new highways and bridges as good for the country and a way to create good paying jobs while balancing the impact on the environment.