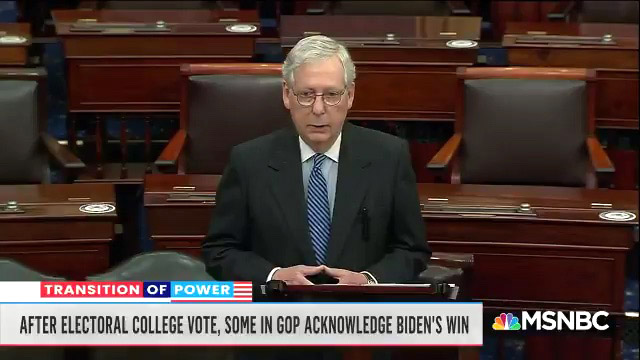 “As of this morning our country has officially a president-elect and a vice president-elect,” McConnell said Tuesday speaking on the Senate floor. “Many of us hoped that the presidential election would yield a different result, but our system of government has processes to determine who will be sworn in January 20.”

“The electoral college has spoken. So today I want to congratulate President-elect Joe Biden.”

While Republicans are slowly nodding ‘Yes, there will be a new president in January,’ Donald Trump continues to deny the outcome. Early Tuesday, he tweeted, “This Fake Election can no longer stand.”

Thank you Kevin. Many Trump votes were routed to Biden. The highly respected Michigan Judge released this epic report. True all over the Country. This Fake Election can no longer stand. Get moving Republicans. Big Swing State Win! 75,000,000 VOTES. https://t.co/0sodJFr80k

Actually, 81.2 million votes were routed to Biden by VOTERS who decided they did not want Trump spending another 4 years in the White House! 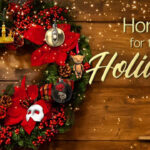 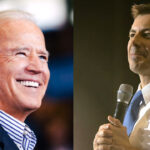 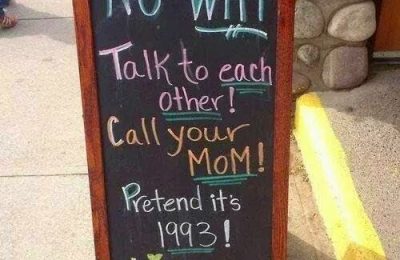 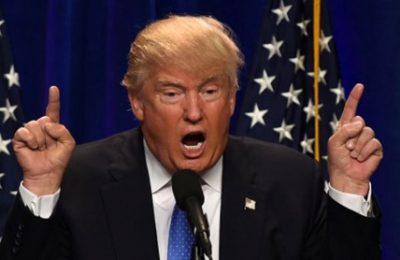 Trump Plans To Offer DACA Protections In Exchange For His Wall 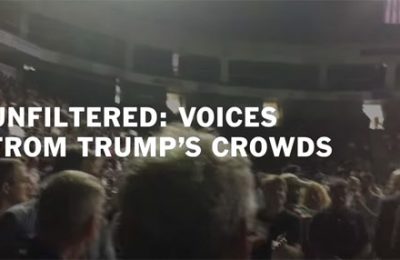