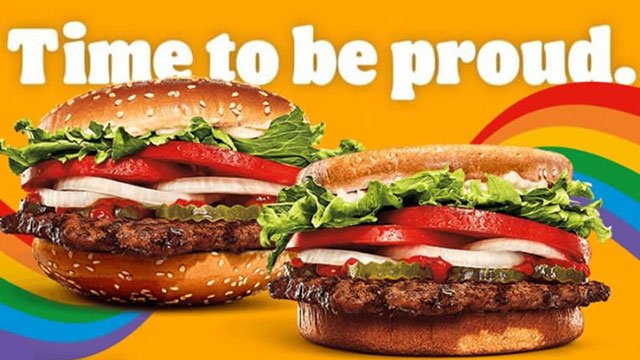 • Inside Hook: Burger King Austria is celebrating Pride Month by introducing its new Pride Whopper, which features “same-sex” buns — two tops or two bottoms. #ThatsNotEvenFunny Here in the U.S. BK has a history of supporting LGBTQ causes even without a Pride Whopper.

• Pink News: Czech president Miloš Zeman has said he plans to veto proposed legislation that would give same-sex couples the right to get married in the country.

• Axios: There will be no more 15-year-old Olympic skaters. Figure skating’s governing body voted today to raise the minimum age for top competitions to 17.

Figure skating minimum age raised to 17 ahead of 2026 Olympics https://t.co/SH4Wgfbybq

• Newsweek: In a recent poll, nearly half of all respondents who identified as Republicans (44%) said that mass shootings  are “unfortunately something we have to accept as part of a free society.” By comparison, 85% of Democrats and 73% of Independents said mass shootings are “something we can prevent and stop if we really tried.”

• Twitter: QAnon Rep. Majorie Taylor Greene (R-GA) was horribly offended that a tweet by an account named “Dr. Lyle P. Lysol” had been marked as “misleading” about COVID-19 vaccines. Marge didn’t bother to even look at the source of the tweet where the account is clearly labeled as a satirical account complete with the words “fake doctor” right up front.